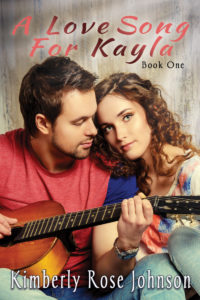 I was excited to hear that Kimberly Rose Johnson has had a book re-released retitled A Love Song for Kayla, and I bet you will want to read it after you read the blurb below.

Ever since she was sixteen Kayla Russell has dreamed of her perfect man. She even went so far as to make a list of desired qualities. The list has proven to be a bust since no man is that perfect, at least until she meets Derek. But will his secrets come between them and destroy what could have been something wonderful?

When music superstar Derek Parker comes to small town Oregon to escape the paparazzi he goes incognito as a deliveryman. He wants to leave his old life behind, but it proves to be harder than he realized when his past finds him. Now the woman he has come to care for feels deceived and no longer wants anything to do with him.

Formerly published under the title A Valentine for Kayla. 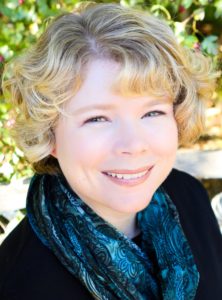 From a young child Kimberly has been an avid reader. That love of reading fostered a creative mind and led to her passion for writing.

She especially loves romance and writes contemporary romance that warms the heart and feeds the soul.

Kimberly holds a degree in Behavioral Science from Northwest University in Kirkland, Washington. She is a member of American Christian Fiction Writers.

This entry was posted in "Bouncing Grandma" mysteries. Bookmark the permalink.