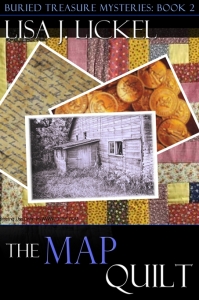 The journey of The Map Quilt started when I was in fifth grade, learning about the Underground Railroad, watching my grandmother sew quilts, and discovering the astonishing fact that not all black people in the United States came here on slave ships.

I grew up on the east side of Wisconsin, but as I gradually learned more about the side closer to the Mississippi River, the rich culture wove its way into my psyche long before I considered writing a novel. To the county north of our farm in western Wisconsin a colony of free black farmers settled in community, where a few of the round barns of Alga Shivers still stand. To the west of our farm a few farmers still grow tobacco and dry the leaves in long sheds. To add to this what if, on the other side of the state, the east where I still live (yes, we live a split life) while on a ramble one nice day, a historian of my town points out a dilapidated tavern and, kitty-corner, a blank-eyed house on a rural crossroad. “They say there’s a tunnel under the road,” he says. “For the underground railroad.” It no longer exists, perhaps filled in, bordered up, or only a fanciful notion.

But that’s where fiction comes from – a veritable “what if” of fanciful notions. The whisper of a rumor, the wish of being part of history, the wonder of why we are the people we’ve come to be. I started my professional writing career in 2004 when I started selling magazine articles and features. I’d written two novels and eventually contracted with Barbour for a “cozy” mystery, which I had to look up. What was published as The Gold Standard, the first book in the Buried Treasure series, released in 2009. Although I’d also contracted The Map Quilt in 2007 with the original company, we hit major road construction. MAJOR. It happens. In the meantime I’ve been privileged to continue to grow my craft, and although I am delighted with the editing done, know this book could be tighter and better. It was still an “early” manuscript in my career. I sought a new publisher for three years and was blessed to find one. This book releases in electronic format first at the end of the month, and oddly enough, was set three years later in time when I wrote it. 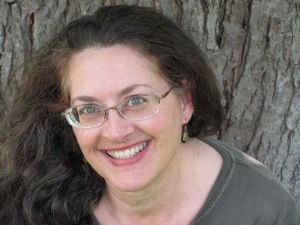 Bio:
Lisa Lickel is a Wisconsin writer who lives with her husband in a hundred and sixty-year-old house built by a Great Lakes ship captain. Surrounded by books and dragons, she writes inspiring fiction. Her published novels include mystery and romance, all with a twist of grace. She has penned dozens of feature newspaper stories, short stories, magazine articles and radio theater. She is the editor in chief of Creative Wisconsin magazine. Lisa also is an avid book reviewer, a freelance editor, an editor at Port Yonder Press, a writing mentor, a hostess at Clash of the Titles.com, and enjoys blogging at http://www.thebarndoor.net/ and http://www.reflectionsinhindsight.wordpress.com/. She loves to encourage new authors. Find her at http://www.lisalickel.com/ And Lisa is also a member of the John316 marketing network which is running the Blog Hop this week! If you want to order The Map Quilt, go to the publisher’s site at https://museituppublishing.com/bookstore2/index.php?page=shop.product_details&flypage=flypage.tpl&product_id=376&category_id=8&manufacturer_id=196&option=com_virtuemart&Itemid=1