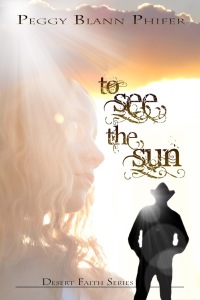 Friday Guestblog by Peggy Blann Phifer, author of To See the Sun

The writing process, or journey, is full of potholes, mountains and valleys, streams and rivers, all of which need to be navigated through or around. Agreed? And the beginning writer faces all of them, over and over again.

But we learn by them. Or at least we should. What triggered this topic for today was a blog post I read over at The Kill Zone, a secular blog of suspense writers, including James Scott Bell. Wednesday’s post (in the embedded link above) written by author Joe Moore, recites a long litany of reasons why a writer’s first book will most likely never get published.

Confession: I . . . love . . . ellipses! And I do overuse them. Oh, there’s a proper place for them, with moderation. But they’re so easy to use for emphasis, to set something apart. Here’s an example from my book, To See the Sun: (all examples below are taken from my book.)

I like to use them to show stress, or emotion:

How about a trailing off thought or sentence:

“No one, including me, ever asked to see their identification.” He groaned. “Stupid, stupid . . .”

Em-dashes are fun, too, most commonly used to indicate an interruption. Another example from my book

“Little sister, you can do this. You’ve got more chutzpah than you realize—”

Or, it is useful for interjecting a second thought in the middle of a sentence or statement:

Why did Justin—if it had been Justin—put the deed in the safe?

Funny thing, while I was writing this, skimming through the book for examples, I didn’t see as many as I thought were there. And that’s a good thing. Because that tells me that I’ve grown as a writer. From the first, horrible rough draft, through re-writes and re-re-writes, and editing, I’ve learned. I’ll still probably abuse the ellipses and em-dashes, but I’ll be aware when I do, and think through why I want to use it in that particular spot. Chances are, I won’t need it. 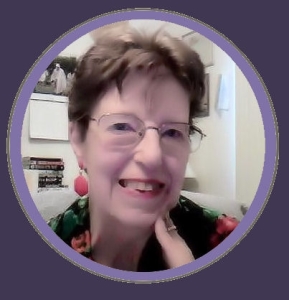 Peggy Blann Phifer is an author and columnist, whose work has appeared on various Web sites and writer periodicals both in print and online. She is also an avid reader and loves to escape between the covers of a good book. A retired executive assistant, Peg now makes her home in southern Nevada with husband Jim.

TO SEE THE SUN is Peg’s debut novel, released January 2012

Visit her blog “Whispers in Purple” at http://whispersinpurple.blogspot.com/

Where to buy To See the Sun:

Thank you, Rose, for featuring me on your blog twice this week. It’s been fun.

This entry was posted in Guest blogger, Peggy Blann Phifer, To See the Sun. Bookmark the permalink.