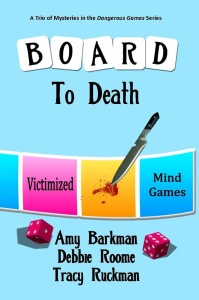 Monday Spotlight on Board to Death by Amy Barkman, Debbie Roome, and Tracy Ruckman

I recently finished a very enjoyable cozy mystery by three authors, two of whom are very good friends. Amy Barkman and I were both included in a multi-author signing in Frankfort last November where I bought this book. Tracy Ruckman and I met at a booksigning for Virginia Smith’s (Amy’s daughter’s) first book several years ago. We have been prayer partners ever since. I’ve never met Debbie Roome, since she lives in New Zealand, but because she is friends with Amy and Tracy, I’m sure she is a wonderful person, too!

If you like cozy mysteries you will LOVE this book! Each story is set at a fictional campground in the author’s area–Amy’s in Kentucky, Debbie’s in New Zealand, and Tracy’s in Georgia. And each murder mystery centers around a “board” game, hence the title Board to Death. Plus there is another connection because all the board games came from a yard sale in the first book. And all the stories contain a romance, so I don’t think you can go wrong with this book! The authors are very creative with their games and the names of the campgrounds and the characters. They already have a sequel coming out this summer. 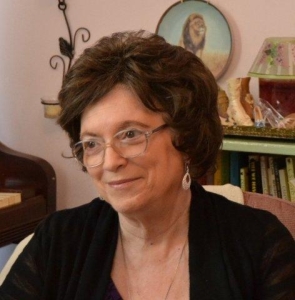 Amy Barkman has been in full time ministry since 1979. She is the Director of Voice of Joy Ministries and holds retreats and workshops in several states as well as being a prayer counselor and pastor of Mortonsville United Methodist Church. She wrote a humor column for three years, children’s KY historical fiction, a musical play “Claus and the King” which debuted in 2009, and skits for radio and tv. Her non-fiction book “Everyday Spiritual Warfare” was released in September, 2011. She and her husband Gary live in Danville, KY. They have five wonderful daughters, thirteen grandchildren, and one great grandson. 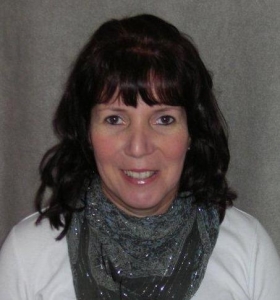 Debbie Roome was born and raised in Africa and moved to New Zealand in 2006. Writing has been her passion since she was six years old, and she now works at it full time. Her first novel, Embracing Change, was released in 2010 and she is currently working on a second book. She also has stories in a number of anthologies and over 500 articles on various websites. In the last few years, Debbie has received a number of awards for her writing as well as placing in many competitions. 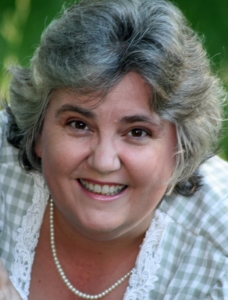 Tracy Ruckman is a freelance writer, publisher, photographer, and full-time student. She has been writing since the early ’80s, when a magazine publisher asked to buy a letter she sent – he wanted to publish it as an article. She now writes fiction and nonfiction, and has recently developed a love for scriptwriting.

This entry was posted in Amy Barkman, Board to Death, cozy mystery, Debbie Roome, Tracy Ruckman. Bookmark the permalink.