Christmas Cheer, Day 19, part one from A Place Called Home by Janet Barton

This week we will be enjoying five scenes from Janet Barton’s A Place Called Home. I want to thank Janet again for being so generous in her sharing with us this Christmas season! Enjoy, and come back tomorrow for part two.

Part One
Still, it would be the perfect answer for keeping the children with her, and something deep inside wished that what Jeb was proposing could become a reality. But it couldn’t—no matter how many somersaults her heart did or how fast her pulse raced each time he came near. After all Harland had told her about Jeb, she just couldn’t believe he could commit himself to her and the children. It was only a matter of time until he took off. . .in spite of how good his intentions seemed to be.

Now, she tried hard not to let Jeb see how deeply his proposal had affected her. “Jeb, your brother and I corresponded for months before he moved out here. Enough to get to know each other a little.” But, not well enough. “You and I have only known each other a few days.” And you cause my heart to race in a way your brother never did. “Besides, Harland told me you would never settle down. . .that you were used to going wherever you wanted to, whenever you wanted to. You aren’t used to staying in one place.”

Could he? Would he? Her heart thudded against her chest. If he did, might this be an answer to her prayers as a way to keep the children? Dare she allow herself to hope that he would stay? No. She couldn’t. She would only be setting herself up for disappointment and heartache.

Beth just couldn’t see him staying for long, and she had a feeling the only way she could deal with his proposal was to treat it lightly. “Well, I tell you what. If you stay around long enough to finish the house. . .maybe I’ll just agree to marry you.”

“Lady, I’m going to accept your challenge. I’ll have it finished by Christmas. And when I finish it, you are going to have a decision to make.”

Beth tried to ignore the warm wave of elation flowing through her at his words. She forced herself to laugh off his acceptance, praying he couldn’t tell how flustered she felt. “By Christmas?”

“We’ll see.” Christmas was over three months away. He’d probably be long gone by then.

“Yes, we will.” Jeb grinned at her as he stood to go. He sauntered over to the back door and took his hat off the hook beside the door. “We sure enough will. Good night, Beth.”

Beth shut the door behind him and locked it with trembling fingers. Leaning her forehead against the curtained window, she took a deep breath and tried to will her rapidly beating heart to slow down. Had she really said she might marry him if he finished the house by Christmas? She thought back over the conversation. It appeared she had. And he had accepted her challenge.

She shook her head and pushed away from the door, trying to put it all out of her mind as she busied herself cleaning up the kitchen. But, she couldn’t get Jeb Winslow out of her mind. Part of her was sure he hadn’t meant what he’d said. . .and another part was afraid to hope that he did. 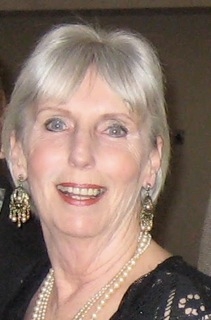 This entry was posted in 25 Days of Christmas Cheer, A Place Called Home, Janet Barton. Bookmark the permalink.