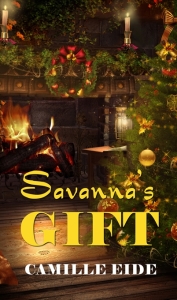 (tagline) When Savanna gets a second chance at the love of her life, will her dream that divided them get in the way?

(summary) Forced to return to the ski lodge where she once worked, Savanna Holt is reminded of one special Christmas and how ambition led her to make the worst mistake of her life: Leaving Luke Nelson. Stunned to discover Luke never left, but worked his way up from lift operator to manager, Savanna sees the opportunity as a gift from God. She’s determined to win Luke back. But Luke wants no reminders of his past hurt, or a relationship with the woman who put ambition before love. Can Savanna convince Luke she’s changed and her interest isn’t because of his position? And when her dream job beckons, will she sacrifice her dream for a second chance at love?

A snippet of the story: (Chapter one)
The steady drizzle switched to a fierce spattering of rain mixed with snow as Savanna Holt exited the freeway and headed east toward the mountains. She switched the wipers to double time and checked the rearview mirror. Mylie was still dozing, her soft, red curls pressed into her princess pillow. Savanna smiled. Her goddaughter had turned out to be a pretty good little traveler and hadn’t complained much in the four hours since she’d waved goodbye to her mama. Savanna suspected her best friend, Natalie, had mustered every scrap of willpower she had to keep from gathering up little Mylie for another last hug before sending her off to spend Christmas with her grandparents. Savanna also suspected Natalie was the one needing the extra hugs, considering what the coming days with her dying dad would bring.

She let a flat chuckle slip out. “OK, scratch that.”

According to the forecast, the pass was already getting plenty of snow. The couple winters she had spent working at Evergreen Ridge Resort taught her several things—like how a blast of fresh powder would heighten the holiday spirit at the popular Oregon ski lodge. Not that this trip would have her sticking around long enough to sample the Christmas spirit or the skiing. If she’d left home earlier, as she’d intended, she wouldn’t have to be on that mountain any longer than it took to deliver Mylie-Bug to her grandparents and kiss her goodbye. But as late as it was now, driving down a slick mountain in the middle of the night after a full day on the road was asking for trouble. The Freemans had insisted on booking her a room as a way of saying thanks for delivering their granddaughter. No problem; she could leave early in the morning and still get to her mom’s place in plenty of time to catch a Christmas Eve re-run of It’s a Wonderful Life.

Now that was ironic.

Lord, help my mom. I’ll do what I can to help her, but I can’t change her. Only You can.

Savanna eased out a sigh. I should know—You changed me.

The windshield fogged. She cranked up the defrost and checked on Mylie again. Turning up Rocking Around the Christmas Tree, she focused on the road. When Natalie asked Savanna for this favor, she had smiled to cover her reluctance and agreed to help her friend. Natalie’s father was dying and her husband was deployed. Besides, all she had to do was take Mylie to Evergreen Ridge where Natalie’s in-laws were celebrating Christmas. Natalie would do the same for her in a heartbeat. But the gnawing in her gut reminded Savanna what the task would entail. Seeing Evergreen Ridge at Christmas would unleash an avalanche of memories, taking Savanna back to her last Christmas there, summoning all the emotions and sensations as if it were only yesterday. The majesty of the pristine, snow-coated mountain rising behind the lodge, the glow of twinkling lights, the rustic-yet-elegant beauty of the décor, the blazing fire in the massive stone fireplace, the amazing aromatic blend of fir and peppermint and spice—everything would probably be just like it was before. Everything except for Luke’s quiet, heartfelt proposal and her melting into his arms with a breathless yes. Everything except that part.

Without warning, images of Luke’s calm, green eyes and amused smile spilled into her thoughts, stirring up a fresh burst of regret. The kind of regret she could only put to rest by praying, again, that she was done learning life’s most important lessons the hard way . . . 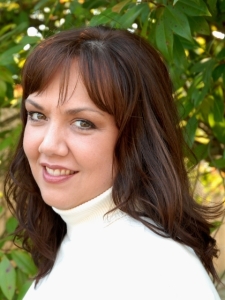 (bio) Camille Eide writes contemporary romance and romantic women’s fiction. She lives in Oregon with her husband and is mom to three brilliant college-age kids. She’s grateful for the amazing grace of God, and either in spite of or thanks to that grace, she has a PhD in Learning Stuff the Hard Way. She’s also a church secretary, a bassist, and a passably devoted fan of classic rock, muscle cars, and Jane Austen. Visit Camille at www.camilleeide.com .

This entry was posted in Camille Eide, Savanna's Gift. Bookmark the permalink.