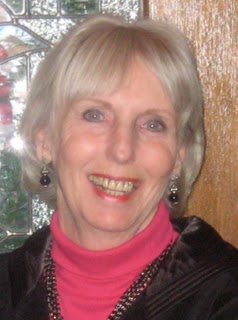 I remember reading this darling story several years ago, and am glad for this chance to revisit it. And I hope everyone will come back next Sunday for another sweet scene with Jonathan, his twins and Cindy. 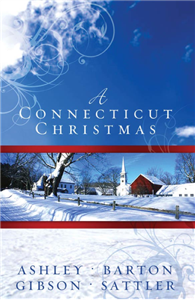 Christmas Scene from the Novella The Cookie Jar in A Connecticut Christmas:

It didn’t take Jonathan long to have an idea of what his twins were up to with all their whispering that evening. When they took Cindy home, he pulled up in her drive, got out and hurried around to open the door for her while she told the twins goodnight.

He peeked into the backseat and said, “I’m just going to walk Cindy to the door. I’ll be right back, okay?”

“Okay, Daddy,” Lydia said as he shut the door.

He’d left the car running to keep it warm, and before he and Cindy had rounded the front of the car, Landon’s window rolled down. “Daddy!”

Landon motioned him over to the car and whispered loudly. “Don’t forget to kiss her goodnight. That’s what you’re ‘posed to do on a date.”

“Roll up that window,” Jonathan said sternly to his son. He wasn’t sure what to say. He just grasped Cindy’s elbow as he walked her to her door. He took her key from her and unlocked the door, then he turned to find Cindy looking a bit bemused . . . and trying not to laugh. “I’m sorry,” he said. “You just never know what’s going to come out of a five year olds mouth, especially, the two of mine. What I’d really like to know is how they learned so much about dating?”

Cindy’s laughter broke free.”I wondered about that, too.”

Her eyes opened wide and her lips curved up into a half-smile. “You would?”

“Of course I would. I wanted to kiss you, even before Landon spoke up. You are a beautiful woman and I had a wonderful time tonight. I’d be crazy not to take my son’s advice, don’t you think?”

Her smile widened, seeming to give him permission. Jonathan began to lower his head, and then paused. “But I’m not going to let him know I did.” He led Cindy a little closer to her door and turned her so that she couldn’t be seen from the car. Only then did he bring his lips down to touch hers briefly . . . once . . . then to linger a moment the second time. He felt a slight pressure, and thought it was a response, but he wasn’t pushing his luck. He raised his head and looked into her eyes. “Have a good day tomorrow. I’ll be talking to you.”

This entry was posted in 25 Days of Christmas Cheer, A Connecticut Christmas, Janet Lee Barton, The Cookie Jar. Bookmark the permalink.