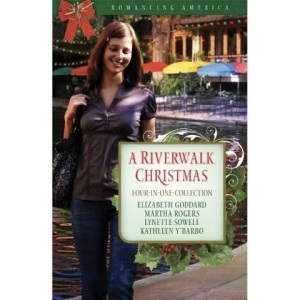 The Second Day of Rose’s 25 Days of Christmas Cheer! Thanks for all those who read and commented yesterday. Hope you will come back for this Cup of Christmas Cheer each day and tell your friends about it, too!

I read this story last year, but still laughed and felt for her as I read the assistant’s plight below. And I can’t think of a more romantic place to set a Christmas story than on the Riverwalk in San Antonio!
Excerpt from: Remember the Alamo From the novella Riverwalk Christmas

“What do you mean we have no Davy Crockett?”

Sienna Montalvo held her breath and prayed the executive producer of the most talked-about film of the year would not call her on to answer the question. While the prize role of the defender of the Alamo had gone to John Wayne some fifty years ago, the role was not yet as strongly cast.

Or rather, it wasn’t any more.

This time Art Kelton’s attention was squarely focused on Sienna. “Who told Brent Campbell the schedule gave him no time off for Christmas?”

All eyes turned toward Sienna as heat flamed her face.

This time, Mr. Kelton looked right at her.

“I-I-I might have mentioned it.” She turned her attention to the pages on the conference table in front of her. Nowhere in the perfectionist producer’s minute-by-minute agenda did she see this topic on the schedule.

Not that she could have read it if it were there, as the words blurred as tears threatened.

After splitting the silence with a few choice expletives, Art Kelton drew in a deep breath and released it with gusto. “Why in the world would you tell an Academy Award winning actor he would be required to work during the Christmas holidays?”

“He asked,” was a poor defense, but Sienna lifted her gaze to meet his icy stare as she offered it.

“And you told him?” Mr. Kelton’s busy gray brows rose. “Someone please explain to Miss…”

“Does it matter?” He peered over glasses that dangled precariously at the end of his rather prominent nose.

“No,” came out barely above a whisper.

“No,” Mr. Kelton echoed. He made a great fuss of taking his seat at the head of the table then adjusting the stack of papers before him until they were exactly square with the edge of the table. Finally he leaned back against the chair and let his hands fall into his lap.

“Our new PA has obviously not been instructed on protocol on the set. Would someone educate her?” He shook his head. “No, let’s say it together on three.”

While the producer counted, Sienna braved a look across the table to the casting director who should be catching the heat on this debacle. Was that a sympathetic look she spied before the director looked away?

“So when the talent come to you, Miss…”

“Right. When the talent comes to you for information of any kind except perhaps the whereabouts of the john, what will you tell them?”

This time Sienna didn’t bother to help. Instead, she kept her mouth shut and her gaze intently focused on the Los Angeles skyline outside the window.

“Miss Montalvo,” the legendary producer said. “We are in the business of filming a remake of The Alamo that would make John Wayne proud. We are not filming an episode of Jeopardy. Thus, there is no need to phrase your responses in the form of a question.”

“Yes sir,” Sienna managed as she made a vain attempt at not withering under his glare.

“Now shall we all put our heads together and see if we can’t figure out how to undo the damage Miss Montalvo has done? Who here knows how we can get a box office draw who will work for peanuts during Christmas?”

A shaky hand went up at the far end of the table. “How much money are we talking, Art?”

“Take what we were going to pay Campbell and subtract what we’ve already spent on promoting the fact we had last year’s big action hero playing next year’s war hero.” He shrugged. “Anything left goes to the next guy.”

Sienna shrunk further into her chair.

She kept a brave face throughout the rest of the meeting, only dissolving into tears when she returned to the tiny cubicle she called her first real Hollywood office.

She did but he was the last person she intended to call. 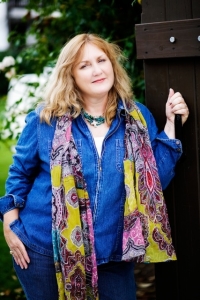 Bio: RITA and Carol award nominee Kathleen Y’Barbo is now the best-selling award-winning author of more than forty novels, novellas, and young adult books. In all, more than one million copies of her books are currently in print in the US and abroad, and her books have been translated into Dutch, German, and Spanish, to name a few. Her next historical novel, THE INCONVENIENT MARRIAGE OF CHARLOTTE BECK (Waterbrook) released in June 2011, and in 2012 she debuts a contemporary Texas beach series for Love Inspired.

Kathleen is a member of American Christian Fiction Writers, Advanced Writers and Speakers Association, and Romance Writers of America. She holds a BBA from Texas A&M University’s Mays Business School and a certification in Paralegal Studies, and is a member of the Texas Bar Association’s Paralegal Division.

A tenth-generation Texan, Kathleen Y’Barbo has a daughter and three grown sons. She recently added her own hero in combat books and is proud to be a military wife even if it did mean giving up her Texas drivers license.

This entry was posted in Kathleen Y'Barbo, Remember the Alamo, Riverwalk Christmas. Bookmark the permalink.