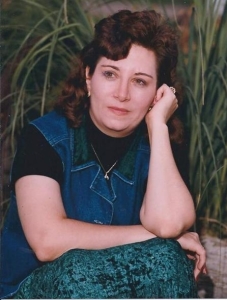 Welcome to today’s guestblog: A Story Seven Years in the Making by Staci Stallings

In retrospect, maybe I shouldn’t have named the book “A Work in Progress.” Maybe that was my first clue of how long this particular book would take to write.
The planting of the seed happened over a message board about 10 years ago. Remember message boards? You posted something, then other people responded, and you had a nice little conversation about a certain topic. Well, I started posting about this show that I really liked on TV at the time. Another young lady was posting as well, and we got into this big (but good-natured) argument about which guy on the show was our favorite.
She liked one of the guys that I would never in a million years have ever thought about dating. In the midst of this conversation, I wrote two different books featuring the guy I liked from the show. Then she emailed one day (after the message boards had shut down and we had remained friends despite our different tastes in guys) and said she thought I should write one about the guy she liked.
That sparked a long conversation with myself about why anyone would like this guy. Strangely, the more I asked the question, the more I realized how much he had to offer the right girl. I realized there were things about him that no one probably knew because although part of him was the comedy guy often claiming the center of attention, there was a lot about the other sides of who he really was that got looked over and even sometimes trampled upon.
So I started this story “A Work in Progress” about Rebecca Avery, a college student who would never be one of the popular kids. She watches them, envies them, and hates them. Then one day she literally runs into Eric Barnett in one of the all-time classic scenes I have ever been given the honor of writing. In fact, one of my problems over the seven years it took to write this one was that each time I pulled it up, I thought I just had to start reading it from the beginning to know where I was again.
I read that first scene countless times and it never got old. Each time I read through it, I would think, “Wow, this is really, really good. Why haven’t I finished this yet?” Then I would get to the last page I had written and start writing more. Five pages, ten, sometimes even 20 or 30. But time and again, I got stopped either by life or by being like that dog on “Up” going, “Squirrel!” before chasing off in another direction after another great story idea.
The pieces of this one came VERY slowly, but I’m so glad they did. Here’s why. When I started this book, I was one person. By the time I finished it, I had literally become someone very different. I started it wanting to be this successful, bestselling author. I read every book on marketing and did my level best to become the success I thought God required me to be. (“Performance Christians, please raise your hands!” I would’ve had to raise both of mine.)
However, somewhere between 31-years-old and 38-years-old, God–the real God–finally got a hold of my life and showed me that it wasn’t about my performance. It wasn’t about anything I had ever done or could ever do. My worth was set by Him. Period. As a child of the God of the Universe, I was already a success. I didn’t have to prove anything to anybody. I could be me and not apologize or rationalize or justify that to anyone. And, oh, the freedom and relief that flowed from finally understanding that!
Strangely enough, that’s exactly what Rebecca learns in the book. She finally realizes that life is less about gaining friends to be popular and more about letting people into your soft spots. Yes, sometimes that hurts. Sometimes it hurts really, really badly. But that’s the only way to really live. It’s the only way to truly be friends. Otherwise, you’re just acquaintances who just happen to know one another’s phone number, address, and favorite food.
As for Eric, I finally did learn to have almost as much admiration for him as my friend did. She was right–he is a very cool guy when you give him a chance.
Oh, and you’ll be glad to know that the second and third books in The Faith Series didn’t take nearly so long to write as this one. In fact, they were finished within nine months of “A Work in Progress” being finished. It was like seven years of learning all came pouring out of me. Lessons about how to be a friend and how to let yourself be open enough to let others in. Lessons about not judging others for their denomination and looking instead at their hearts. Lessons about being true to yourself and standing in the gap for one another.
Those seven years turned out to be worth every second they took to get here. The truth is, I’m still “A Work in Progress” as I think we all are. The more we remember that and stop trying to be perfect–and stop requiring each other to be perfect–the more wonderful life gets because it’s only then that we actually learn to live rather than breaking our necks trying to impress everyone else who are breaking their own necks trying to impress us! 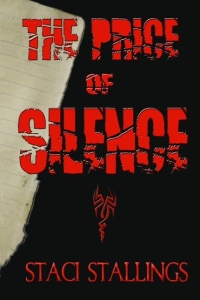 A stay-at-home mom with a husband, three kids and a writing addiction on the side, Staci Stallings has numerous titles for readers to choose from. (Pick up the Price of Silence now for only $0.99! http://www.amazon.com/The-Price-of-Silence-ebook/dp/B004E9U7P6) Not content to stay in one genre and write it to death, Staci’s stories run the gamut from young adult to adult, from motivational and inspirational to full-out Christian and back again. Every title is a new adventure! That’s what keeps Staci writing and you reading. Although she lives in Amarillo, Texas and her main career right now is her family, Staci touches the lives of people across the globe every week with her various Internet endeavors including:

This entry was posted in Staci Stallings, The Price of Silence. Bookmark the permalink.