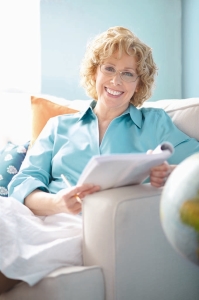 What an amazing story our guest today has for us! Read it and be blessed. Thanks so much for sharing, Elaine.

The Healing Power of Writing

Sometimes we can look to the past to help heal the present. That healing can take many forms but in my case it was the balm of writing about my ancestors that helped me recover from the loss of my daughter.

Bethany was 24 when she passed away from a brain tumor and I knew my life would never be the same. As a freelance writer for many years, my mind assumed that I would write a book about that experience in order to help others. But in the months after the Lord took her home, I was not that strong. Just the thought of re-living the two years prior to her death by writing it out in excruciating detail was more than I could endure at the time.

On the fourth anniversary of her passing, a sudden revelation of sorts birthed in my thoughts: I would write about my fourth great-grandparents during the American Revolution. I was always intrigued by the family story of the British soldier who stayed behind in America and married an American woman. I couldn’t think of anything more romantic than two enemies coming together, so caught up in each other that politics was tossed to the wind so they could be together.

But an interesting tapestry of healing took place in my heart as I researched and created the words that flowed from one chapter to the next. Although I was writing fiction, the emotional and spiritual turmoil that unfolded in the characters was real. It was the devastation of loss that was transferred from my heart to my characters lives. And as they recovered and healed, so did I.

The book that was birthed from my pain is The Road to Deer Run. Set in 1777, it involves the unexpected meeting of a wounded British soldier and a colonial farm woman. Both have experienced loss. Both are filled with anger. But besides falling in love with each other, they also learn to have faith and trust in God and to forgive.

This first novel led to my sequel The Promise of Deer Run, which releases in a couple of weeks (by Sept. 1, 2011). The series has now turned into a saga and I am beginning the research for Book Three. 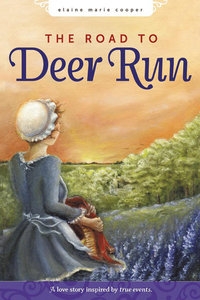 Summary of The Road to Deer Run:

During the American Revolution, British soldier Daniel Lowe has been captured after being wounded at the Battle of Saratoga in 1777. He escapes from his captors and hides in the woods to die, only to be rescued by Mary Thomsen, an American farmwoman. As Daniel’s festering wound heals, his gratitude to the woman who saved him transforms into love. But as an enemy soldier, his presence is endangering Mary, as well as her widowed mother and little sister. As he desperately tries to hide his identity, he is faced with numerous obstacles: exposure by the local Patriots, an attack by a British deserter, and a threat from his worst nemesis, an American soldier who also loves Mary and figures out who Daniel really is.

“With subplots as appealing as the main story, the book is well researched, well written, and well worth the purchase price. Ready for the sequel.”
— Kirkus Discoveries Reviews

Finalist in the 2011 Next Generation Indie Book Awards 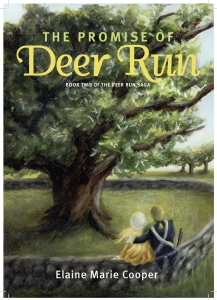 Summary of The Promise of Deer Run:

America’s war for freedom from England has been over for seven years, but the wounds of that conflict still haunt the minds and hearts of the residents of Deer Run. Young American veteran Nathaniel Stearns has withdrawn to a life of isolation as he awaits his father who never returned from the war. A near-tragedy in the woods brings him face-to-face with nineteen-year-old Sarah Thomsen, someone he had long admired but he assumed had eyes for another. This chance encounter opens a crack into the door of his heart as mutual affection quickly blooms. But slander and lies soon mar the budding romance, rendering both Sarah and Nathaniel wounded and untrusting as their faith in both their God and each other is shattered. Set in 1790, this book continues the story of the Thomsen and Lowe families as they struggle to survive in the aftermath of the war that birthed the United States.

Elaine Marie Cooper grew up in Massachusetts but now lives in the Midwest with her husband, her three dogs and one huge cat. She has two married sons and triplet grandchildren who are now one-year-old. Elaine’s only daughter Bethany passed away in 2003 from a brain tumor.

A retired registered nurse, Elaine has been a magazine freelance writer for many years, and is a regular contributor to a blog on the Midwest called The Barn Door (www.thebarndoor.net) and a blog on Christian living called Reflections In Hindsight (ReflectionsInHindsight.wordpress.com) She is also the author of her debut novel called “The Road to Deer Run.” The sequel, “The Promise of Deer Run,” will be available by Fall of 2011.

This entry was posted in Elaine Cooper, The Promise of Deer Run, The Road to Deer Run. Bookmark the permalink.