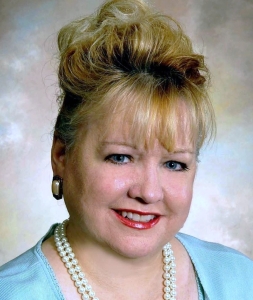 Friday with Friends–JoAnn Durgin with a Giveaway!

I am happy to welcome JoAnn Durgin from Southern Indiana today. We haven’t met in person yet, but have connected by email several times so I feel like I already know her. I’m certain you will enjoy getting to know more about her and her books, too. And she has generously offered to give a copy of her first book to one commenter who leaves a message on this post before midnight on Aug. 7th. she knows several people have been having trouble posting due to problems on blogger, so is allowing extra time for you to post, so if it doesn’t work this time, try back in a day or two.

Guestblog by JoAnn Durgin
Hi there! I’ve done a lot of blog interviews for my debut novel, Awakening, which released in November 2010. Wanting to do something a little different and “fresh” for Rose’s blog, I decided to share a fun passage from Awakening which reveals the characters, playfulness and humor shared between my hero, Sam Lewis, and his heroine, Lexa Clarke. My second novel, Second Time Around, releases September 15th (read more about it at the end of this article).

For those of you who might not be familiar with me or my books, here are the pertinent facts in a nutshell:

*Awakening was originally written more than a decade ago and is very loosely based on my love story with my own husband. It’s more the characters of strong, faith-driven Sam and his feisty but resilient and resourceful Lexa that are truly representative of us.

*My husband was in the ministry, and we’ve “been around” in the nicest sense of the word, having met in TX, moved to CA, then PA, then MA and now we live in my little corner of the world, home in my heart where I grew up, southern (stress that) IN (where IN meets KY at the Ohio River in Louisville).

* I penned my first full-length romance novel as a young, stay-at-home mom. I spent a decade raising our children, and it wasn’t until I moved back to IN that I dug out my manuscripts (the number had grown) and literally blew off the dust bunnies. I still don’t have an agent, but Awakening sold to the first publisher who reviewed it (please don’t hate me for telling you that, but it’s a testament to dogged determination – authors, if you’ve written your passion, don’t ever give up!).

*Awakening has reached the Top-Rated List in several categories on Amazon, and I couldn’t be more thrilled. It will be featured in the Christian Book Distributors catalog this fall, and that thrills my heart.

Without further ado, here’s that excerpt: 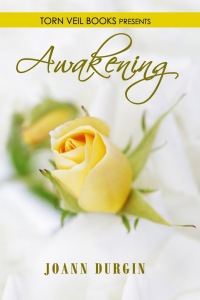 Lexa’s eyes narrowed with suspicion. “Who made these rules and regulations, anyway?”


Sam avoided her gaze and grunted, retrieving his hat. “I think you know the answer to that one. I have a board who works with me, you know. It’s not like I decide these things all by myself, and they’re set in stone.”


“Still, I was right,” she grumbled. “I’ve been drafted, and this is boot camp.” Sam’s attention turned to her bed where something peeked out from underneath her pillow.


Oh, no. Lexa reached out to stop him, but it was too late. Following close behind, her cheeks grew warm with shame. She watched helplessly as Sam pulled out the corner of the romance novel. Lexa’s hands dropped to her sides, and she hung her head. She hadn’t been so humiliated since the whole incident when he rescued her from the thugs in San Antonio. And before that, there’d been the armadillo encounter. She supposed she should be grateful to Sam since he must not have written her up for the offending incident of going out to the worksite by herself on only her second day in the TeamWork camp. What a fool she’d been. A few times over. But somehow, the man still seemed to like her.


Sam’s words brought her back to the present. “What do we have here?” He chuckled under his breath, and his eyes held thinly-veiled amusement. Considering the shirtless Sam look-alike on the cover, Lexa knew her cheeks must be positively flaming. Surely this moment qualified as the most humiliating incident.


“I’m not really reading it.” The protest sounded weak. It was a useless defense although true. After all, it was the same book she’d started since coming to the camp. Under normal circumstances, she would have been on a fourth or fifth romance novel by now. “Besides, my bed, my pillow, and certainly this book,” Lexa muttered, seizing it from his hands, “is my personal property, thank you very much. At least while I’m here in the TeamWork camp,” she stammered.


“Just shoot me now.” Lexa buried her face in her hands.


Sam surprised her by laughing. “I won’t say a word except to say the guy on the front looks vaguely familiar. He has a rather ugly mug, wouldn’t you say?”


Lexa stared at him, not bothering to hide her surprise. “For the record, I bought that book a long time ago. If it makes you feel any better, I’ve spent a lot more time reading your Bible than this silly book.” Although he said nothing, Sam’s expression was far too smug. She blew out a quick breath. “Go ahead. Tell me. I’m sure you have an opinion you’re just dying to share.” She motioned with her hands. “Let me have it.”


Carrying the chair back across the room, Sam returned to where she once again sat on the edge of the bed. “Okay, but only since you asked.”


“I don’t really know much about those kinds of books except that they’re full of situations that should be reserved for a marriage relationship, if even that.” He looked embarrassed, as though wondering why he’d voiced his opinion in the first place. Pulling Lexa quickly to her feet, Sam wrapped his hands securely around her waist. His slightly rough jaw brushed against her cheek as he leaned close.


She loved his nearness, the smell of the outdoors resonating from him, the feel of those strong arms holding her, completely encircling her.


“I also know something else, Miss Clarke.” With his whispered words, Sam’s lips, soft and warm, brushed over her temple. “Real life is a whole lot more fun.”


With a final wave and a parting smile, Sam was gone. Watching him replace the Stetson on his way out the door, Lexa slumped back down to the bed, covering her head with the pillow to stifle her escaping moan. 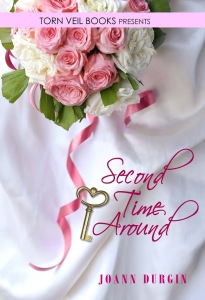 Second Time Around focuses on Natalie, one of Lexa’s roommates in the San Antonio TeamWork Missions work camp. She’s a newlywed in Boston, and due to circumstances beyond the control of Natalie and her husband, Marc, they are forced apart. It’s a story of finding their way back to one another, and you’ll root for Marc (told primarily from his point of view) and Natalie as they discover that surrendering all at the throne of grace doesn’t mean failure, it’s simply called faith. I spend a good deal of time setting up their story and then bring in Sam and Lexa and eventually most of the other TeamWork volunteers. If you enjoyed Awakening, I think you’ll also enjoy Marc and Natalie’s adventures.

Thank you for hosting me today, Rose! I welcome any comments. Blessings! Matthew 5:16

Thank you for sharing, JoAnn. Below are the links to JoAnn’s website and regular blogs. Her books (paperback for $12.99 and Kindle, Nook and other e-book versions for $5.99) are available online at Amazon, Christian Book Distributors (online and in the catalog in Fall 2011), Barnes & Noble and other online outlets.
http://joanndurgin.com/

This entry was posted in Awakening, JoAnn Durgin, Second Time Around. Bookmark the permalink.