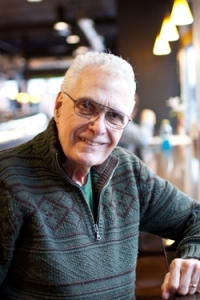 It is nearly 100 degrees outside and I have been on this computer most of the day in my air-conditioned office, while sipping on a cherry and orange smoothie and cold glasses of diet root beer. I’ve been working at marketing my historical fiction novel Night of the Cossack and reading How to Launch a Christian Best Seller Book, the John 3:16 Marketing Network Manual by Lorilyn Roberts.

About mid-afternoon, I found myself leaning back in my comfortable office chair and staring out the window. I was wondering how in the world an author marketed his book before computer, before Facebook, before twitter, before . . . . Out of curiosity I googled books published in 1911. I was surprised to find out that was the year the library was founded. I had never thought about that particular bit of history since libraries have been around my whole life.

I wondered what books were published in 1911. Here are seven of them: The Secret Garden by Frances Hodgson Burnett; Peter Pan by J. M. Barrie; The Girl Story by L. M. Montgomery; The Tale of Timmy Tiptoes by Beatrix Potter; Ethan Frome by Edith Warton; Riders of the Purple Sage by Zane Grey and Under Western Eyes by Joseph Conrad. I picked out Zane Grey for some research on the Wikipedia site. Other than the difference of writing language, it was like reading a history of publishing today, but without the entire social media tools. “Grey had difficulties in writing his first novel, Betty Zane (1903). When Harper & Brothers rejected it, he lapsed into despair. The novel dramatized the heroism of an ancestor who had saved Fort Henry. He self-published it, perhaps with funds provided by his wife Dolly or his brother R. C.’s wealthy girlfriend Reba Smith.”

I don’t know why I was surprised that he self-published his first book. It didn’t say whether he was successful or not in this venture. After this, he went on a mountain lion hunting trip to the North Rim of the Grand Canyon. He took a camera and recorded details of scenery, activities and dialogue, which he converted to a book The Last of the Plainsman. Harper’s editor, Ripley Hitchcock rejected it, the fourth work in a row. He told Grey, “I do not see anything in this to convince me you can write either narrative or fiction.” Grey wrote dejectedly, “I don’t know which way to turn. I cannot decide what to write next. That which I desire to write does not seem to be what the editors want…I am full of stories and zeal and fire…yet I am inhibited by doubt, by fear that my feeling for life is false.”

The book was published by Outing magazine and Grey continued writing magazine articles and youth novels. In 1911, eight years after his first novel, he wrote Riders of the Purple Sage, his all time best seller. Ripley Hitchcock rejected this one as well, but by then Grey had become a household name and Grey took it directly to the vice president of Harper, who accepted the book. Zane Grey produced over sixty books in his career.

This brought to mind an article for an insurance magazine. The reporter asked me what made my agency successful. My answer was persistence. The woman writing the article said she did not understand. I told her I had hired people who dressed well, spoke well, presented themselves well, yet failed , but I had never hired a person who, day after day, did what she was taught who wasn’t successful. This was a picture of Zane Grey. Although his work was rejected, his writing ability was rejected; he was discouraged, but never quit. He self-published, turned to magazines, managed to make his name a household word and succeeded. 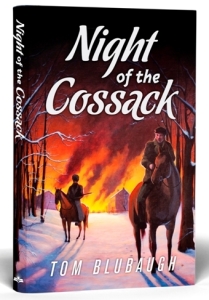 Will I be as successful as Zane Grey? I don’t know. I am 69 years old. My goal is to make my name well known enough that readers will buy my book Night of the Cossack. I have Facebook, Twitter, amazon.com, B&N, Goodreads and all the other social media tools on the Internet with a potential of hundreds of millions readers. Today I will persist.

Tom Blubaugh, Author of Night of the Cossack–Read the first chapter get a signed copy by ordering here. FREE shipping in USA. Published by Bound by Faith Publishers.

Tom Blubaugh is a freelance writer living in Southwest Missouri with Barbara, his wife. They have six children and fourteen grandchildren. Tom has written non-fiction most of his adult life, but has recently written a historical fiction titled Night of the Cossack, published by Bound by Faith Publishers. This is Tom’s first novel. He co-wrote a devotional journal in 2009 for Barbour Publishing titled The Great Adventure. His other writings include articles for a denominational magazine and an insurance publication. He also self-published a book, Behind the Scenes of the Bus Ministry in 1974.

Tom started writing poetry at the age of fourteen. His vision of turning them into lyrics for rock and roll songs for popular artists didn’t develop. He considers writing to be a God-given talent and feels led to develop it. His first novel was published at his age of 69. Tom says it’s never too late. He is now writing a sequel.
Tom spent twelve years as an insurance agent and eleven years as a financial planner. He is the past president of Jericho Commission, Inc., and still serves on the board of directors.

ebook for Kindle available at Amazon.com. Be sure to like my page and do a review when you finish, if you like my book.

Visit My Blog. Be sure to sign up as a follower.

Check me out on Goodreads.

Co-author of The Great Adventure published by Barbour Publishing. (out of print).

This entry was posted in marketing, Night of the Cossack, self-publishing, Thomas Blubaugh. Bookmark the permalink.