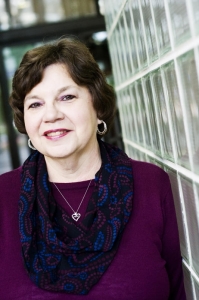 I am happy to introduce author Cara Lynn James to my readers. And to let you know that Cara will be giving away a copy of Love by the Book IF she receives at least ten comments, so be sure to leave a comment and your contact info in case you win. And I am sure you will want to win after you read the synopsis below. Cara leaves us hanging, and I want to find out how the story ends! The deadline for the drawing is Sunday night at midnight, and if we have enough commenters, Cara will let me know on Monday who won the drawing. It could be you! But it can’t be you if you don’t leave a comment!

Now, I’ll turn the microphone over to Cara:

Rose, thank you so much for having me on your blog today! I’m an author, wife, mother of two, grandmother of two adorable grandsons and one grand-dog, a Papillion named Sparky. We all live in northwest Florida. I’m a 13th generation New Englander and still consider myself a Connecticut Yankee.

Here’s a short history of my Ladies of Summerhill series—three historical romances set during the Gilded Age in Newport, Rhode Island.

My first two books in the series, Love on a Dime and Love on Assignment, were essentially completed when I sold to Thomas Nelson Publishers two years ago. Of course that made everything easier—or so I thought. Wrong!

I’ve taken my writing step-by-step, meaning I don’t look ahead and try to plan the future. I concentrate on the present and what I have to do today. So I learned the writing craft (a continuing process), joined RWA and the local chapter, ACFW and joined a critique group and wrote a lot. Once I finished a story I submitted it to contests, received both positive and negative comments, and eventually finaled.

When Thomas Nelson bought Love on a Dime I naively expected only a few minor revisions. After all if they didn’t like it they wouldn’t have given me a contract, would they? However, they suggested lots of necessary improvements in a very, very long, single spaced editorial letter. Yes, it shocked me! But when I finished making corrections I learned they were SO right. We had a much stronger book.

Book 2, Love on Assignment, was the first novel I ever wrote, but not the first book I sold. After it was completed, I decided it didn’t work well as a contemporary romance, so I tried to turn it into a historical assuming it would be fairly easy. Wrong, again! Converting from one time period to another was a huge job and involved several major rewrites. That taught me how different the turn-of-the-century (19th to 20th) was from the present. I had to rethink the story and change nearly every aspect of it. Even though human nature doesn’t change from generation to generation, our society sure does! My characters lived in a totally different world than our own, though they still had the same virtues, faults, needs and desires as we have now.

The third story in the series, Love by the Book (released July 12th) was the most challenging novel of all. I had a contract and a deadline and no finished story or even a good idea in mind. The days and weeks ticked by before my editor and I agreed on a synopsis. Then panic set in. How do I write and revise a 90,000 word book in 4 ½ months? I always took years to write and polish a manuscript and they were always much shorter.

If I wanted to become a credible, professional author I had to learn how to write faster and better. Lots of writers find this relatively easy. But not me! I’m slow and methodical. So I began by organizing myself. I used a notebook filled with things to remember and reference, a storyboard for a picture of the plot, and research files. Although I’m not a particularly organized person, I did my best to cut down on the amount of time I usually waste fumbling around for information.

I wrote when I wasn’t ‘in my writing zone’, when I was bored, when I was tired, when I wanted to do something else—anything else. It was hard to believe I could actually settle down and work as if this were an ordinary 9 to 5 job. Every author knows her muse can be stubborn and won’t always appear on command. But that doesn’t matter. My point is: if I can do it, so can you.

Writing a first draft is an art (at least for me), but revision is all craft. I’d get the words down on the computer screen even when I thought they were awful, and later I’d fix and polish. I learned to write even when my muse went on vacation and left me without inspiration. Just keep on keeping on!

Here’s a summary of Love by the Book.

Melinda Hollister is a society lady, intent on finding a rich husband before her peers discover her quickly diminishing wealth. Nick Bryson is all business, focused on making a name for himself in his father’s steamship line. Despite the marriage of their siblings, they rarely gave each other a second glance—until a tragic accident results in Melinda and Nick being appointed as co-guardians of their three-year-old niece Nell.

In order to get better acquainted with Nell and one another, Melinda and Nick agree to spend the summer in their own private quarters of the Bryson family vacation home, Summerhill. As their love for Nell grows, so does their attraction to each other. And for the first time in their lives, they sense that God has a bigger plan in motion.

Yet old habits die hard – and Melinda and Nick each find it difficult to resist the pull of their former worlds. 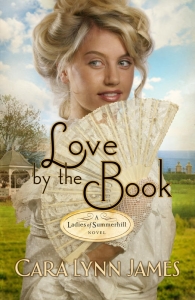 When the unthinkable happens, they find themselves faced with seemingly impossible choices and a new understanding of God’s true love.

Rose back again: If you have read this synopsis, I am sure you want to win a copy of the book, so hurry up and leave a message!

This entry was posted in Cara Lynn James, Love by the Book, Thomas Nelson Publishers. Bookmark the permalink.