Catherine Castle on “When a Play Becomes a Book”

Posted on September 8, 2017 by Rose McCauley 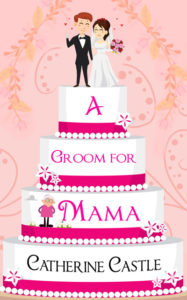 When a Play Becomes a Book
By Catherine Castle

Readers often want to know where we writers get our ideas. They are everywhere. Sometimes you even borrow from yourself. Take my newest book A Groom for Mama—it’s not an original idea, at least to me.

In 2003 my husband and I were into writing plays. We were part of a drama group at our large church and had been participating in drama as actors and as playwrights, when my hubby heard an announcement on our local radio advertising a contest for radio plays.

You may not be old enough to remember radios plays, but we are. They were a great source of entertainment filled with sound effects. Actors had nothing but their voices and sound effects with which to tell the story. That’s quite a challenge. Additionally, our church had recently presented a musical that had some musical and theatrical clips from radio advertising and dramas. My husband got to play The Shadow in one of the clips. Radio was on our minds. So, when we heard about the contest, my husband and I decided to write a radio play and enter it.

The play centered around a mother who wanted her son to marry before she died. Since we wanted to keep the play light, considering the somber subject surrounding the inciting incident, we tried to inject as much humor as possible around the forced dating inflicted on her son. The play finaled in the contest, but did not win. So, we shelved the play, considering it an interesting exercise in playwriting.

Some time after we wrote the play, I was looking for a new plot for my next book, and I remembered our radio play. I asked my husband if he would mind if I used the play’s premise for my next book. He graciously agreed. I took the original story, made the main character a daughter not a son, turned the plot on its ear, keeping the humor over forced dates, and created a brand new story. I’ve had so much fun, and success, with converting our play to a novel that I’m considering turning our other plays into books, with the blessing of my husband.

So, the next time someone asks you where you get your story ideas, tell them everything and everyone, including your old stories, are fodder for fiction.

A Groom for Mama
By Catherine Castle

Beverly Walters is dying, and before she goes she has one wish—to find a groom for her daughter. To get the deed done, Mama enlists the dating service of Jack Somerset, Allison’s former boyfriend.

The last thing corporate-climbing Allison wants is a husband. Furious with Mama’s meddling, and a bit more interested in Jack than she wants to admit, Allison agrees to the scheme as long as Mama promises to search for a cure for her terminal illness.

A cross-country trip from Nevada to Ohio ensues, with a string of disastrous dates along the way, as the trio hunts for treatment and A Groom For Mama. 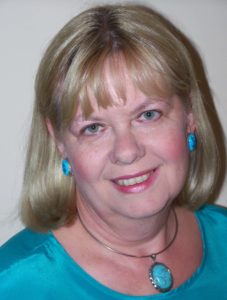 Multi-award-winning author Catherine Castle has been writing all her life. Before beginning her career as a romance writer she worked part-time as a freelance writer. She has over 600 articles and photographs to her credit, under her real name, in the Christian and secular market. Besides writing, Catherine loves traveling with her husband, singing, and attending theatre. In the winter she loves to quilt and has a lot of UFOs (unfinished objects) in her sewing case. In the summer her favorite place to be is in her garden. She’s passionate about gardening and even won a “Best Hillside Garden” award from the local gardening club.

Her debut inspiration romantic suspense, The Nun and the Narc, from Soul Mate Publishing was an ACFW Genesis Finalist, a 2014 EPIC finalist, and the winner of the 2014 Beverly Hills Book Award and the 2014 RONE Award. Her most recent release, A Groom for Mama, is a sweet romantic comedy from Soul Mate Publishing. Both books are available on Amazon.

BUY LINK FOR A Groom for Mama: www.amzn.com/B074SZSGB1

This entry was posted in Uncategorized and tagged A Groom forMama, When a play becomes a book. Bookmark the permalink.