Rose here: I am starting back up my “Fridays with Friends” posts. I enjoyed reading about the intriguing story Betty Thomason Owens wrote for a more modern-day telling of the story of Ruth. I think you will, too. 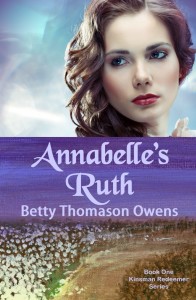 By Betty: The Book of Ruth has always fascinated me. After reading through the story again, I settled back and thought it through. I wondered if anything like this had happened since biblical times.

That’s the place where most of my stories begin–with the question–what if? What if I told a similar story and set it, say…in the 1950’s…in West Tennessee, where I spent most of my childhood?
And, what if…I wove it together with a story I’d always wanted to tell, of my mother’s early married life? Intriguing.

Mom left her middle-class urban Seattle home to elope with a sailor. After the wedding, he left her with his family in West Tennessee. They were not middle-class, but “dirt” poor tenant farmers eking out a living by raising cotton. Yikes.

I remember that existence. No indoor plumbing, even in the sixties when I was growing up. Endless rows of cotton. Exhausting, relentless heat that didn’t even let up overnight.
And what if, when these women arrive back home in Tennessee, they encounter racial tension, which was strong in the fifties. My Ruth character–Connie Cross–is half-Hawaiian, so her complexion is dark. She doesn’t quite fit in. Just like Ruth, the Moabite woman. But she quickly endears herself to everyone who meets her. Well, everyone except Jensen Wade, a haughty relative who can make a lot of trouble for the ladies. There’s always one.

His brother Alton has other ideas when he meets Connie. He sees a beautiful woman who gave up her former life to stay with her beloved mother-in-law, Annabelle.
Jobs are scarce and the two women have a difficult time supporting themselves, so Connie goes to work in Alton’s cotton fields. He watches her work and admires her strength and sense of purpose, even in such harsh conditions.

But Connie has a secret–one she hasn’t even told Annabelle, which could interrupt any plans Alton has for her future.

I loved writing this story, and as it unfolded, some of the characters seemed quite familiar. I had drawn them from my memories. I recreated their language and the feel of their lives as they were then–when I was a child. I guess that’s why Annabelle’s Ruth is so close to my heart. I hope you’ll want to get to know them as well. Come in and “set a spell” — you may find yourself craving an ice cold glass of sweet tea and a plate of old-fashioned tea cakes.

“If you think you can come back here and throw yourself on my mercy, you are quite wrong.” –Jensen Wade, Annabelle’s Ruth.

After their husbands perish in a fishing boat accident, Connie Cross determines to follow her mother-in-law, Annabelle, from Southern California to Tennessee. Her misgivings begin as they cross the bridge over the muddy Mississippi River. In their new town, where living conditions are far below their previous expectations, they must set up a household and hunt for work to survive. Thanks to the kindness of Annabelle’s handsome, young cousin, life begins to settle down. But Connie has a secret that could change everything once again.

Inspired by the Book of Ruth, Annabelle’s Ruth is a 1950’s era “Ruth” story, set in western Tennessee. How will Connie adapt to her new life amid the cotton farms, racial tension, and culture shock. 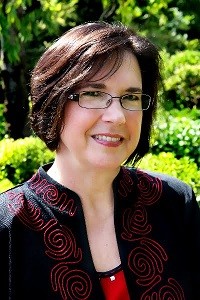 Betty Thomason Owens writes romantic comedy, historical fiction, and fantasy-adventure. She has contributed hundreds of articles and interviews to various blogs around the Internet and is an active member of American Christian Fiction Writers (ACFW), where she leads a critique group. She’s also a mentor, assisting other writers. She is a co-founder of a blog dedicated to inspiring writers, and a contributing editor for the online magazine, Imaginate.
Annabelle’s Ruth, a 1950’s historical novel based on the Book of Ruth, is the first book in the Kinsman Redeemer Series (Write Integrity Press). Her 20’s era romance, Amelia’s Legacy, Book 1, Legacy Series, released October, 2014 (Write Integrity Press). She also writes contemporary stories as a co-author of A Dozen Apologies and its sequels, The Love Boat Bachelor and Unlikely Merger. She has two fantasy-adventure novels, The Lady of the Haven and A Gathering of Eagles, in a second edition published by Sign of the Whale BooksTM, an imprint of Olivia Kimbrell PressTM.
Betty still lives in Kentucky, though in a more urban setting, with her husband Bob, close to her grown-up sons, their wives, and seven precious grandchildren.