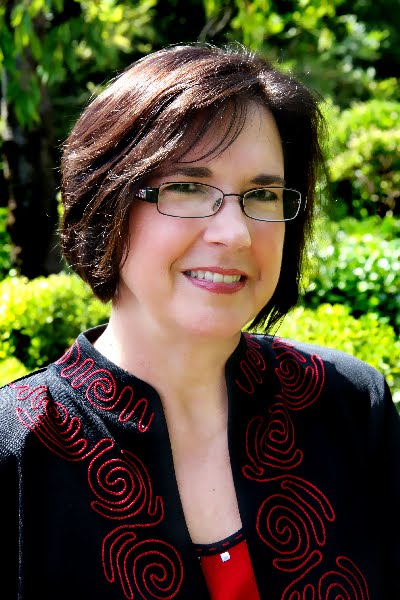 In the late 1950s, the world was changing. Our nation had endured a second world war, and the Korean War. In the south, life for some was a daily struggle. The racial divide widened, even under forced desegregation.

But in the small towns, neighbors took care of each other. Even those of different races. When someone was sick, their neighbors stopped in with food. If you were a farmer, they’d plow your fields or take care of your livestock until you were able to do it yourself.

I witnessed this firsthand, when my grandma had surgery. Her neighbor brought food and cleaned her house. This neighbor worked in the fields alongside my tenant-farmer grandparents. She had darker skin than my grandma. But her heart held the same faith.

Many of the scenes in Annabelle’s Joy could’ve happened on Grandma’s farm. They are scenes straight out of my childhood memories. The voices, lifted in song, echoing from the cotton fields as they worked, the long days spent canning beans, putting up enough so they could feed their own family, and have enough to give away to those who needed it.

Bodies bent over endless rows of cotton or beans, hands busily picking the harvest for very little pay. The hot summer sun beating down on straw hats and gingham bonnets. When I concentrate hard, I can still smell the dirt under my bare feet. The dirt I loved to play in while the grownups worked.

I close my eyes, and I’m there. Annabelle smiles as she sings. She wonders how folks make it through the troublesome times without knowing the Lord. Her life is so closely wrapped around her faith, she can’t see any other way.

I began the Kinsman Redeemer series with the book, Annabelle’s Ruth. I was inspired to write it after studying the book of Ruth in the Bible, so that first book follows a similar storyline. Annabelle is the Naomi character. Her daughter-in-law, Connie, is her Ruth. In the first book, the newly widowed women travel from San Diego to Annabelle’s birthplace in Trenton, Tennessee. 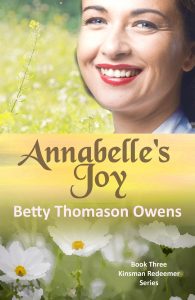 In book two, Sutter’s Landing, Annabelle and Connie prepare for the changes that are coming. In the final book, Annabelle overcomes the deep sorrow and learns to love again. Sometimes, joy is a choice we make.

Thank you for taking a few moments to read my post. I hope you’ll stop by the event page for more information about the book’s release, and to leave a comment or ask a question. You’ll be included in the drawing that will take place on August 15.

Most of all, I hope you will read the book and get to know Annabelle and Connie. And if you do, please consider leaving a review on Amazon and/or Goodreads.

1 Response to New book out by Betty Thomason Owens