Pam Hillman on how to write a novel–one spreadsheet at a time! 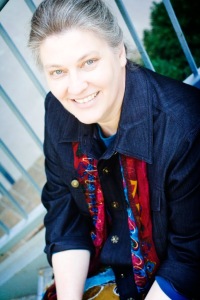 I’m excited to share with my readers a guest blog from Pam Hillman on how to plot a novel. And she has a wonderful giveaway going on for the next few weeks for an e-reader, so read on to check it out, and be sure to enter.

Even if you’re not a writer, I imagine you have ways of getting your work done. Do you work in an office? If so, you probably get settled in, check voice mail, click through email, look at the messages left by the receptionist, open the folder you left on your desk the day before. If you run a bakery, the first thing you do is turn on the ovens….well, right after you start the coffee. lol

We all have rituals and procedures to get our work done. I’m a writer, and I have my routine. Once an idea has taken root, I open a spreadsheet and start typing scene ideas. Sometimes I’ve already got a few of them on a notepad or as notes in my phone. I just keep brainstorming ideas until my head spins. I’ll also run the basic idea by my writing friends and the Seekers and let them throw stuff at me.
Anything goes at this point. It all gets added to the spreadsheet, one scene idea per cell, very brief, but enough that I can remember what I had in mind for that scene. Looking over the spreadsheets for my current release Claiming Mariah, and for Stealing Jake (Tyndale House, July 2011), each had about 150 scene ideas. And when I say scenes, I’m breaking it up by point of view as well. Three to five of my “scene ideas” might actually end up being a chapter with multiple points-of-view…but not too many POVs. Just enough to fully tell the story without overwhelming the reader.

Some ideas get moved to the bottom of the spreadsheet, but never deleted. Who knows what direction the story might take before it’s done, or even after it’s finished in the rewrite? Some of those ideas might cycle up again and become a pivotal point in the story. I have an overall idea of the major plot points, and a glimmer of the ending scenes, but just that I don’t know every little scene in detail until I get to that Act in the story.

Once I have a pretty good handle on the overall plot, I write the first few scenes, tweak them, all the time fine-tuning my spreadsheet to match the live document that’s written in Word. This spreadsheet is a living document. It grows and changes as the story does. I’m sure the thought of tweaking the spreadsheet makes some authors break out in hives, but I guess it’s my way of working through the story, building, thinking, planning.

I like the 3 act structure as described in James Scott Bell’s book Plot and Structure. This works for me because I’m a linear thinker.

And around every 45 pages or so, or every 4 chapters you have a major twist or explosion of some kind. It doesn’t have to be a real explosion, even though it can be. It might be something that throws the reader for a loop, a curve the reader didn’t see coming, something totally out of left field. It could be something physical as in your heroine is kidnapped, or it could be where the hero finds out that he’s not the street rat he thought he was, but the long-lost son of a king, or where a major plot point is revealed, like the hero admitting that he’s in love with the heroine even if it’s just to himself.

So, that’s the method to my madness. It’s not smooth, and it’s not pretty, but it works. Sometimes it’s like catching and pulling the eye teeth of a mountain lion…without anesthesia (for either of us!), but so far I’ve managed to wrestle that cat to the ground.

How do you get the job done whether it’s writing, pushing papers, bagging groceries, or digging ditches?

Pam is thrilled to announce the release of her second novel, Claiming Mariah 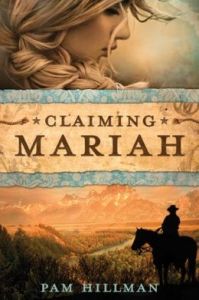 In light of her father’s death, Mariah Malone sends a letter that will forever alter the lives of her family. When Slade Donovan, strong willed and eager for vengeance, shows up on her front porch, Mariah is not ready to hear his truths: her father’s farm, the only home she’s ever known, was bought with stolen gold. With Slade ready to collect his father’s rightful claim and force Mariah and her family out on the streets, Mariah must turn to God for guidance. Though Mr. Fredrick Cooper, a local landowner, promises to answer her financial woes if she agrees to be his bride, Mariah finds herself drawn instead to the angry young man demanding her home.

With the ranch now under Slade’s careful eye, he will unearth more than he ever imagined as a devious plot of thievery, betrayal and murder threatens more than the well-being of the ranch, endangering the lives of those who hold it dear. With days dwindling until the rest of the Donovan clan arrive to the Lazy M ranch, Mariah and Slade must rise above the resentment of their fathers and see their true feelings before greed alters their futures forever.

To celebrate, Pam is giving away two eReaders

Two Winners: One on facebook. One through Pam’s Newsletter.

Registering both places is not required but will double your chances of winning. Also keep in mind that you will receive updates more often being connected on facebook than through the newsletter. Just sayin’

And….that’s not all! There will be prizes offered randomly throughout the tour.

Pam is especially excited about this week’s giveaway:

NEXT STOP ON TOUR

Wallflower Writer to the Rescue

9 Responses to Pam Hillman on how to write a novel–one spreadsheet at a time!