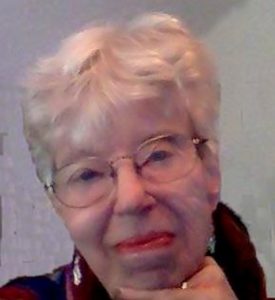 I am currently under contract to write a series of short-stories for Helping Hands Press. The series is called Sweetwater River, and is set in small town Sweetland, a fictitious place located in north-central Arkansas. Volumes 1 through 4 have already been published and I’m working on Volume 5 now. More on that later.

It all started in the summer of 2014, when I was invited by HHP to write one short-story for a series titled Summer in Sweetland. My offering was All Things Work Together, and was accepted.

In that story I introduced Rozene Gentry, a fifty-something widow of Cherokee descent who’s lost her zest for life. Until she meets a young teen girl, also American Indian, named Misty, an orphan living in a foster care group home. Misty captures Rozene’s heart, and soon finds herself involved with three other girls in the group home, giving Rozene a new reason for living, along with the family restaurant she inherited from her late husband.

Eventually, two more series’ were contracted, and I carried Rozene and her ‘girls’ through both of them with Silver Bells and Candlelight, in ’Tis the Season in Sweetland, and Perfect for the Job, in Sonrise in Sweetland.

Then I was offered the opportunity to branch out into a series of my own. Naturally, I stayed with Rozene and those four girls.

Volume 1 in Sweetwater River is titled Ripples. In it, Rozene has married the pastor of Sweetland’s Assembly of God church, and they’ve adopted the four teens Rozene had been caring for: Veronica, Shira, Melanie, and, of course, Misty. The older three have started college in a nearby city and Misty is a senior in high school.

Rozene and Mike Carson have legally adopted four foster care teenage daughters, giving them a forever family they’d never known before. But after only a year with the Carson’s, one by one, Veronica, Shira, Melanie, and Misty reach adulthood, venturing out to start new lives of their own, leaving the house along the banks of the Sweetwater River in Sweetland.
Rozene is proud of the adults they are becoming, but also heartbroken as she and Mike face an empty nest. She soon will see just how deep the girls’ roots are to their riverside home. In the Sweetwater River series, these six lives continue to connect in some unexpected ways.

Peggy Blann Phifer retired from an executive assistant position after twenty-one years in the Electrical Wholesale industry in Las Vegas, Nevada. She came to writing later in life when a prayer she wrote appeared in 2000, in a two-volume Guideposts Book compilation, ‘Prayers for Every Need.’

Her indie-published debut novel, ‘To See the Sun,’ released in January 2012. Since then, her writing has appeared in a number of anthology series’ in 2013-15, and she is now writing a series of her own called ‘Sweetwater River.’

Peg’s second novel, ‘Somehow, Christmas Will Come,’ originally released in November 2014, has been redesigned and was re-released in December 2015.