Review of Shadows of Hope by Georgiana Daniels 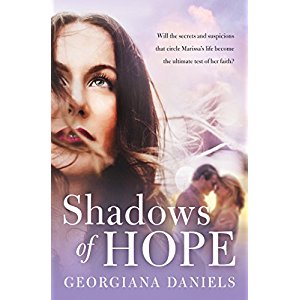 ** spoiler alert for Shadows of Hope **Some plot points given! read back cover blurb below if you want less of the plot!

This book is not a romance like I usually read or review. I would call it more in the women’s fiction genre. It’s the story of a troubled marriage that keeps getting worse. Shadows of Hope by Georgiana Daniels is a very well-written book that involves adultery. I had a lot of empathy for the wife in the story who although infertile herself, pours out her time running a pregnancy care center to encourage mothers to do what is best for their unborn children instead of choosing abortion. Through the center, she comes in contact with an unwed college student who continues to try to contact the father of her child who keeps ignoring her calls or putting her off. I even felt sympathy for the young girl because she had no idea he was a married man until way up in the story. When she does, she wises up and realizes she doesn’t want to be with someone who would cheat on his wife as he would probably cheat on her someday. The one character I had very little sympathy for was the husband who was having the affair. He seemed like a selfish brat who wanted everything to revolve around him. His only concern when Kaitlyn tells him she is pregnant is to make sure he keeps her away from his dean at the college, so nothing will harm his chances of tenure. Even though a friend finds out and tries to get him to confess it to his wife and mistress, he lets it go on until the day of the child’s birth when both women find out! You can imagine the stress that causes! Highly emotional read and I highly recommend this book and this author! 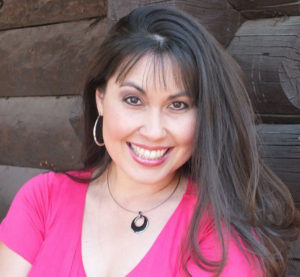 Georgiana Daniels resides in the beautiful mountains of Arizona with her super-generous husband and three talented daughters. She graduated from Northern Arizona University with a bachelor’s degree in public relations and now has the privilege of homeschooling by day and wrestling with the keyboard by night. She enjoys sharing God’s love through fiction and is exceedingly thankful for her own happily ever after.

Crisis pregnancy worker Marissa Moreau suspects her husband is cheating, but little does she know how close to home her husband’s infidelity hits. College student Kaitlyn Farrows is floundering after a relationship with her professor leaves her pregnant. Soon she lands a job and a support system at the local pregnancy resource center and things seem to be turning around. But when Marissa and Kaitlyn become friends, neither one knows they share a connection—Colin, Marissa’s husband and Kaitlyn’s former professor. When their private lives collide, the two women must face the ultimate test of their faith and choose how to move forward as they live in the shadows of hope.

This entry was posted in Uncategorized and tagged Georgiana Daniels. Bookmark the permalink.

1 Response to Review of Shadows of Hope by Georgiana Daniels