The Blessings of Modern Medicine and a Giveaway by Ann H. Gabhart

Rose says: Ann is doing a Giveaway, so be sure to read to the bottom to see how to enter to win a copy of this great book!

The Blessings of Modern Medicine by Ann H. Gabhart

This year my husband had some emergency health issues that included a hospital stay and many doctor visits. While he had a problem that could be life threatening if not promptly treated, I was sure that as soon as the right doctors were brought on his case, he was going to be all right. Even though he was very sick for a week or so, he did rebound and recover completely.

We complain about our health system. We complain about insurance coverage. We get bothered by all the specialists who keep you making rounds of several doctors instead of only one. We tire of signing all the privacy forms and filling out our medical histories. But if we look into the past back to the 1700s and 1800s, we know how fortunate we are to have all those doctors.

My current release, River to Redemption, is set during the 1833 cholera epidemic. I merely had to scratch the surface researching cholera epidemics to understand why the news of a cholera death brought full scale panic to a town. Other diseases such as yellow fever or influenza took their full share of victims, but something about how cholera swept through an area killing so many in a short time struck fear in people’s heart. A person could be fine in the morning and die before nightfall once the cholera hit. Doctors died along with their patients. No treatments worked and in fact, some of the medications tried surely did more harm than good.

At the time, people thought cholera could be caused by “bad air” since it always came in the summertime when piles of discarded or rotting vegetables were around. Not until the 1850s was the true cause, contaminated drinking water, suspected. So, citizens in any area that was hit by cholera would flee their towns to get away from the “bad air.” That often served to quickly spread the infectious disease to other areas.

Dr. George B. Wood, a doctor at that time wrote this about cholera. “No barriers are sufficient to obstruct its progress. It crosses mountains, deserts, and oceans. Opposing winds do not check it. All classes of persons, male and female, young and old, the robust and the feeble, are exposed to its assault; and even those whom it has once visited are not always subsequently exempt; yet as a general rule it selects its victims preferably from among those already pressed down by the various miseries of life and leaves the rich and prosperous to their sunshine and their fears.”

It is believed more that 150,000 Americans died during the cholera pandemics between 1832 and 1849, including fifty-five victims in the small Kentucky town of Springfield. But occasionally a person would be immune to the disease. My book, River to Redemption, was inspired by the actions of a slave who lived in Springfield during the cholera epidemic. When all, who had the resources to do so, deserted the town, this man was ordered to stay behind and take care of his master’s hotel business. Louis did more than that. He did what he could for the sick and if they died, he gave them a proper burial. Twelve years later when his owner died and Louis was to be sold, the town came together to reward him for what he did in 1833 by buying his freedom. I invented a town full of people to write a story about how that might have happened.

In a starred review for River to Redemption, the reviewer writes, “Gabhart’s (These Healing Hills, 2017) moving and beautifully written story of faith in action [is] based on true events stemming from the 1833 cholera epidemic in Springfield, Kentucky…”

I do hope readers will find hope and inspiration in my story. But I also hope all of us will pause for a moment to be thankful for modern medicine that combines knowledgeable doctors and medical research to come up with cures and treatments to keep us living longer and healthier lives.

Rose here to remind you to leave a comment if you’d like to be entered for Ann’s giveaway on July 6, 2018. Don’t you just love the cover and the story?

Bio: ANN H. GABHART, the bestselling author of over thirty novels, has been called a 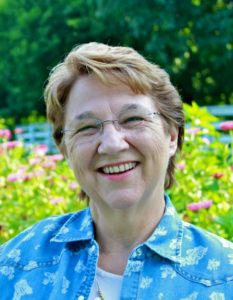 storyteller. That’s not a bad thing for somebody who grew up dreaming of being a writer. Ann’s historical novels, including her popular Shaker series, have Kentucky backgrounds. Recently she headed to the Appalachian Mountains for These Healing Hills while her new release, River to Redemption, was inspired by a true story that happened in a small Kentucky town. Ann also writes about family life, love and sometimes mystery (as A.H. Gabhart). She and her husband have three children and nine grandchildren and enjoy life out on their Kentucky farm. To find out more about Ann’s books and to check out her blog, One Writer’s Journal, visit www.annhgabhart.com. You can also join in the conversation on her Facebook page, www.facebook.com/anngabhart or Twitter @AnnHGabhart.

31 Responses to The Blessings of Modern Medicine and a Giveaway by Ann H. Gabhart