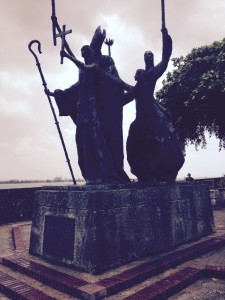 When we left El Moro, we went in search of the statue La Rogativa which Joy Worth, my heroine in Surrender to Peace photographed. This famous bronze statue represents a British blockade that occurred in 1797. The bishop led a “rogativa” (large marching procession calling on God) made up of mostly women singing and praying. The British believed reinforcements had arrived to protect San Juan and fled, saving the city from British rule.

From there we walked down the Paseo De La Princesa 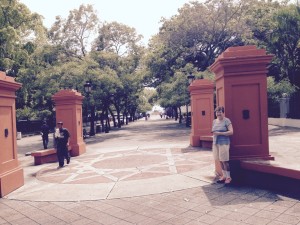 (the old jail) which also was featured in my book, a beautiful park-like area along the waterfront with several neat art exhibits. While there we also saw the Piragua stand 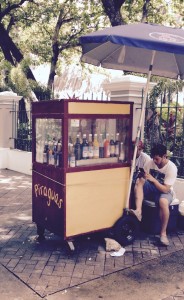 Next we met our group and fun guide, Luli, at Carli’s which was one of the restaurants 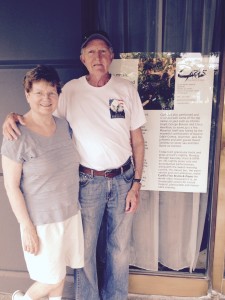 where Joy and Benigno dined. Then we set out on our Flavors of San Juan tour where we sampled custom-made popsicles in ice cream flavors (Yum!) and 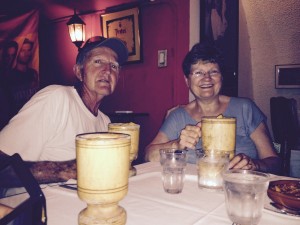 made authentic mofongos with our own mortar and pestles at Rosa de Triana. After several other courses including raw fish (cerviche) We were certainly NOT hungry when we finished, and also felt like we had a great sample of the “Flavors of San Juan.

Hope you’ll come back next week for another of my favorite tours–the El Yunque Rainforest.