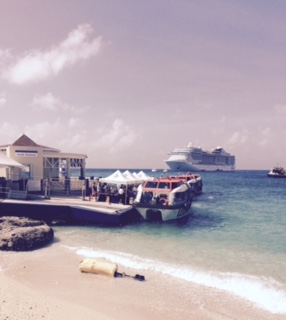 January 28th was the fourth day of our K-Love Cruise 2016, and our last port until we reached Miami. After breakfast, we got ready to take a tender (smaller boat/life boat) to the port of Grand Cayman Island since the port was too shallow for our larger ship to dock there. Here is a picture of a tender on the right taking some people back to our ship. 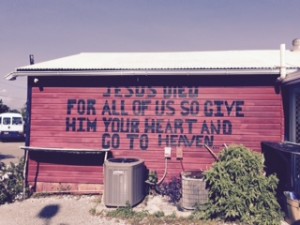 We took a tour of sites on the Island, and our first stop was Hell. You could even buy postcards to send to people that said “I’ve been to hell and back,” but I chose to take this picture as a souvenir instead since it tells what I believe.

Our next stop was the Cayman Island Sea Turtle Farm where we saw huge turtles over 100 years old. Some people even got to swim with the small turtles. We were able to hold some of the smaller turtles, and Kim and I learned how to keep them from flailing by stroking them on their necks. A fun day! 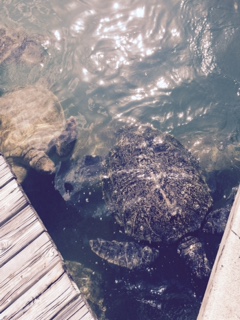 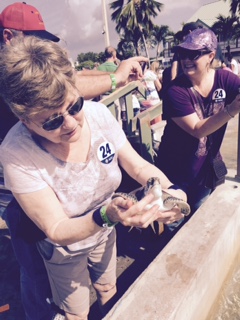 Kim and I both got ideas for stories—hers on Grand Cayman and mine set on Jamaica–so we sat in the lounge and brainstormed our stories a little after supper then she and Chester went to another concert. A full day of marveling at God’s creation and creativity. Hope you will check back next time for our last full day at sea.