Worth Forgiving by Janet K. Brown with giveaway 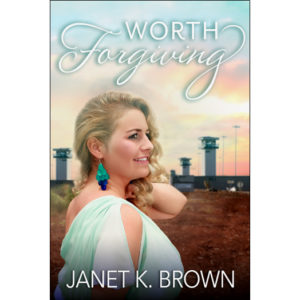 I am happy to welcome Janet K. Brown, author of Worth Forgiving to my blog today. She introduces her story with this interview of the secondary character:

This blog welcomes to center stage, Lacey Wheeler, a secondary character in Janet K. Brown’s new women’s fiction, Worth Forgiving. Lacey thinks Brown and the main character, Katie, have talked enough, and she wants to have her say, so here we go.

Interviewer: Are you excited about your sister Katie getting out of prison?

Lacey: (gnawing on lip) Well, really, I dread it.

Interviewer: Why is that?

Lacey: Katie makes the messes. I clean them up.

Interviewer: Surely, that’s not true. I understand Katie doesn’t even plan on living with you.

Lacey: (snort) How long do you think that will last? She’ll be out of money, being beat up by her latest heart throb, or trying to get back with her daughter. Well, it’s not going to happen. I can tell you that.

Interviewer: So, you are raising her daughter. Right?

Lacey: Rachel is my daughter now, and don’t you forget it. Katie gave birth to her, but when Rachel was four, Katie asked me to take her. I did. I’ve had her for three years, and I will not let her go back into the drug world of Katie Smith.

Interviewer: Katie is drug-free now. I’m told she’s changed. Surely, you support her in that.

Lacey: Oh, I do support her. I want her to make it on her own and stay away from the drugs and abusive men, but it’s sure hard to believe. Katie is twenty-five years old. She left home with this guy when she was sixteen. I drove to Colorado to pick up her and her baby after the guy dumped her. That was the beginning of years of trouble. The last three years with her in prison have actually been rather peaceful.

Interviewer: As a Christian, you must forgive her.

Interviewer: Everyone deserves a second chance.

Lacey: Yes. This is Katie’s fifteenth chance. I’ve got problems of my own to solve.

Interviewer: What problems do you have?

Interviewer: Will you assist Katie?

Lacey: I love my sister. Of course, I’ll help her. So will my husband, Toby.

But, I don’t trust her. Would you?

Here’s a blurb about the whole book:

Worth Forgiving–Second in the Wharton Rock Series

The state of Texas releases from prison Katie Smith. Full of optimism, she sets out to get a job, rent her own place, and make a home for her eight-year-old daughter, but Katie gave away her daughter three years ago. She could use a friend, but her past choices threaten to doom her to continued failure.

Larry Pullman graduated from seminary with high marks, but the fact that he has no wife makes finding a preaching job almost impossible. It doesn’t help that running from God as a teenager gave him a past that he can’t undo. All he needs is an ex-con, drug addict messing up his life, but then why did God lead him to her? Or did He?

Isn’t it enough that Lacey Chandler gave her sister’s daughter a home? Does that mean she has to clean up Katie’s messes forever?

Could it be that Katie is not Worth Forgiving? 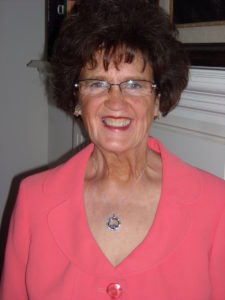 Bio: Janet K. Brown lives in Wichita Falls, Texas with her husband, Charles.
Worth Forgiving, an inspirational women’s fiction, is the second in her Wharton Rock series. Her only non-fiction is Divine Dining: 365 Devotions to Guide You to Healthier Weight and Abundant Wellness.
Worth Forgiving marks Brown’s fourth book. Who knew she had a penchant for teens and ghosts? She released her debut novel, an inspirational young adult, Victoria and the Ghost, in July, 2012.
Janet and her husband love to travel with their RV, work in their church, and visit their three daughters, two sons-in-law and three perfect grandchildren.
Janet teaches workshops on writing, weight loss, and the historical settings of her teen books. The author uses her platform of recovering compulsive overeater to weave stories of hope for addiction, compulsion, or impossible situations.

Be sure to leave your info so Janet can contact you for her giveaway of an ebook of  Worth Forgiving!

This entry was posted in Uncategorized and tagged Giveaway, Janet K Brown, Worth Forgiving. Bookmark the permalink.

5 Responses to Worth Forgiving by Janet K. Brown with giveaway