Writing Together by Susan Page Davis and James S. Davis 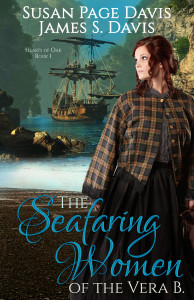 Have you ever wondered about writing together with a friend or family member? Read below as Susan Page Davis and her son, James S. Davis tell how they did it!

Writing an Adventure Together

Book: The Seafaring Women of the Vera B.

With her husband dead in Melbourne, Australia, Alice Packard thinks the worst has happened, until she learns the crew has deserted their ship in favor of the goldfields. Only one old man, Gypsy Deak, sticks by her, but Gypsy alone can’t raise a crew from the depleted population. In desperation, Alice turns to the only source of plentiful workers: the women of Melbourne. In a bold move, she and Gypsy empty a brothel, promising the escaped women a new life. Her all-woman (save one) crew put their backs and hearts into the voyage, but Alice finds training her sailors much harder than she expected. Her faith is tested to the limit. With a cargo to sell, angry brothel and tavern owners in pursuit, pirates to evade, and a mysterious stowaway, will the seafaring women of the Vera B. survive to tell the tale of this daring adventure. 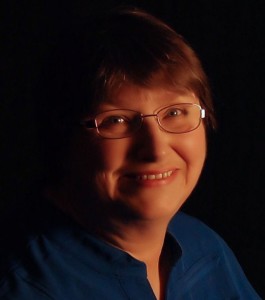 Susan: The idea for this book first came to me when I read the true story of Abby Pennell, a ship captain’s wife. Her husband died in Rio de Janeiro in 1878, Abby brought the ship home to Maine. You can read about them here:

I wrote down the premise in an “idea” file I keep—a ship captain’s wife is widowed and stranded in a far port. What if her crew deserted her and she couldn’t find anyone willing to sail with her—except a group of prostitutes longing to escape their near slavery?

Months or perhaps years later, my son was visiting with me and said he was looking for story ideas. I read him several of the more promising premises in my file, and he immediately said, “I like that one.”

Jim had spent some time in Australia, and he quickly saw the perfect setting for the book—the Victoria Gold Rush, which happened five years or so after the California Gold Rush. We did some preliminary research and found plenty of accounts of ships sitting abandoned in Australian harbors when the crews fled them for the goldfields. We were sold on the idea—and knew we had to write the story together. We picked 1854 in Port Phillip Bay, at Melbourne, Australia for our opening.

Jim: This book would not have been possible without the Internet. It changes the dynamic of the research. While we did consult a lot of books too, having immediate access to firsthand accounts of Australian settlement, pictures of the rigging in sailing ships, and so on helped us immeasurably.

Susan: That’s true. When I started writing fiction seriously in 1999, I spent a lot of time in libraries doing research. I still do some of that—I recently spent a day in the archives at the Sharlot Hall Museum in Prescott, Arizona, to research local history for an upcoming book. But for The Seafaring Women of the Vera B., about eighty percent of our research was done online. The rest was through books. Even there, the computer helped. We both ordered books to read and use as references, especially ones like sailing handbooks and old-time books about merchant sailing vessels. I got Richard Henry Dana’s Two Years Before the Mast to read on my Kindle, as well as a study guide for it, and his Seaman’s Friend, which described all everything you can imagine about sailing a large vessel in simple language of the time period we wanted. This book was a guide to sailors in the mid-1800s.

Jim: We did a lot of reading about sailing tall ships. Mom bought several nonfiction books for reference. There’s so much information out there, it’s easy to get sidetracked. I thoroughly enjoyed reading up on the Malay pirates and famous shipwrecks around Australia.

Susan: I also reread one of my favorite children’s books: Carry On, Mr. Bowditch, by Jean Lee Latham. I remembered that book having simple explanations of navigation, and it told how Nathaniel Bowditch taught his entire crew to navigate, right down to the cabin boys. That was important to our story of a captain’s widow who had to teach other women to navigate.

Jim: We live in different states, about 450 miles apart, so while writing together we were actually not together.

Susan: The Internet helped us again, allowing us to email our chapters back and forth. We spent many evening hours on the phone, too. Each of us would write a section, then the other would go over it and make notes, and we’d talk. Overall, it was a very satisfying experience.

Jim: We’re working on book 2 now, hoping to bring you a fast-paced new adventure for Alice and the crew.

This entry was posted in Uncategorized and tagged James S. Davis, research, Susan Page Davis, The Seafaring Women of the Vera B., Writing Together. Bookmark the permalink.

2 Responses to Writing Together by Susan Page Davis and James S. Davis